Where you are from is often a good predictor of what you like to eat. Nostalgia for our regional cuisine—“what mom always made”—drives our preferences in the kitchen. Being from the west coast, my jaw dropped when I found out two Southern friends would be bringing mac ‘n’ cheese to our Thanksgiving party. While you would never find mac ‘n’ cheese on my family’s Thanksgiving table, I was told it wouldn’t be Thanksgiving in the South without it.

Our food represents us. So when an area experiences cultural change, the cuisine changes too.

“Food can tell a lot about the culture of a neighborhood,” said Myra Bercy, owner of Freret Street Poboys and Donuts in New Orleans, La. I spoke with Bercy earlier this year while I was filming my documentary series exploring the role of restaurants in revitalizing neighborhoods.

Bercy serves traditional New Orleans cuisine in her restaurant, “the food we grew up eating,” she said. For her, it’s important to use food to share the culture of New Orleans with customers.

Bercy, who appears in the fourth episode of my series, The Great American Cooking Story, shares that goal with Marcus Christiana-Beniger, a Los Angeles-based chef who I profiled in the first episode. Christiana-Beniger moved to Los Angeles from New Orleans, but in a nod to his first home, he serves up poboys and gumbo in his restaurant: The Little Jewel of New Orleans.

In traveling across the country to document the relationship between food and communities, I visited neighborhoods in Los Angeles, Austin, San Antonio, New Orleans, Atlanta and Washington, D.C., and I found that the unique dishes being served up in each changing neighborhood revealed something about who lived in community.

In one neighborhood in Austin, for example, the presence of food trucks serving fast-casual options is a direct result of the growth of the local bar scene in that neighborhood. Happy drinking customers needed a place to eat, and with a dearth of available real estate for restaurants, food trucks came in to fill the void.

As you’ll see in the episode, though, that reality may be changing again. High-rise apartment buildings want to tap into the neighborhood’s newfound prosperity, and that may once again transform the cuisine on the street.

Food marks the history of a place. Some of the chefs and restaurant owners I encountered along my journey were opening restaurants in homage to their past, others in a nod to the future of their respective communities. But in all cases, the food was influenced by communities while simultaneously serving to transform them.

Our food contains stories of our cities and of who we are as the people living in them. Exchanging those stories–and food–can help build understanding of the different places in which we live, the struggles we face as neighborhoods change, and the hope to be united in a better future.

For more videos on the restaurants and neighborhood changes from The Great American Cooking Story, please check out: http://clararitger.com/the-great-american-cooking-story.

About the Author
Clara Ritger is the creator of The Great American Cooking Story, a six-episode documentary web series that explores the role of restaurants in revitalizing neighborhoods. She also works as an assistant producer at Green Buzz Agency, a video production company in the Washington, DC area. 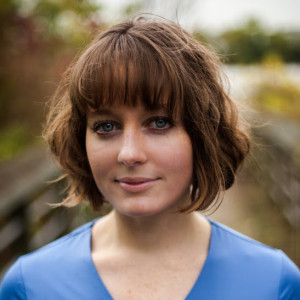