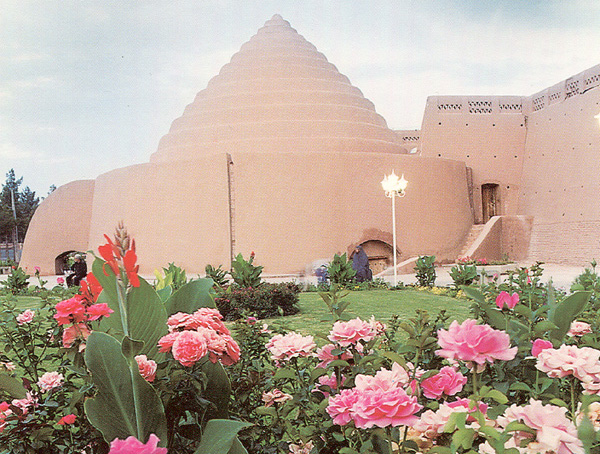 Cultural Connections Across Time: Seasonal Traditions and the Ancient Refrigerator

As the days get shorter and colder, fall traditions begin. Harvests are brought in from the fields. Homes are prepared for winter. Warm comfort foods, such as soups and pies, are relished. Today, many will celebrate Mehregan, an autumn festival with origins in ancient Persia, whose observance has spanned thousands of years. It is a day of harvest, charity, and thanks, accented by traditional meals such as lentil and lime stew, rice balls, and figs.

Such cultural traditions inspire Hengameh Taraz and her students.

Hengameh, an educator, writer, and artist working in the Boston area, develops her own curriculum, empowering her students to make connections “across disciplines, cultures, time, and space.”

Each year, her 5th-grade students explore what it takes to form a civilization; different societies thrive using the same principles, but with their own style of government, law, technology, and culture.

The class researches different cultures throughout history, with each student identifying a candidate for their intensive year-end project. Students present their proposals, and vote on the society to study in more depth for the rest of the term.

Last year, Hengameh’s students chose to focus on ancient Persia of around 400 B.C.E., studying key elements of the Persian civilization.

While researching topics related to ancient Persian science and engineering, they discovered the culture’s invention of a special, dome-like edifice made of mud in the middle of the desert, called a “yakhchal.” These large, elegant structures were designed to stay cool, store ice year-round, and act as a food refrigeration and storage unit. 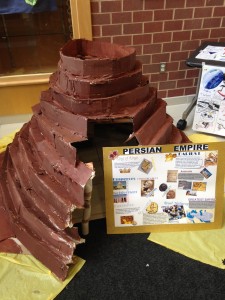 A yakhchal consists of a large dome towering as high as 50 feet, built over a deep pit. Its walls were often several meters thick, made from a specific formulation including sand, animal hair, and egg whites, strongly insulating against the desert summer heat. Ice (or “yakh”) was gathered in the winter, brought down from the mountains, or formed in shallow channels on cold desert nights, then harvested and stored in the underground space (or “chal”). “Yakhchal” translates literally as “ice pit.”

The design was so effective that ice could persist throughout an entire summer season, allowing it to be used to cool food or drink for royalty on hot days. In particular, a traditional frozen dessert called “faloodeh” was prepared as a refreshing treat. This dish, still enjoyed today, is made of frozen rice noodles, rose syrup, and lime, traditionally served with fruit– not unlike a sorbet.

With autumn, marked by Mehregan festivities, came the harvest. According to Hengameh, ancient farmers would dry or cure their yields of grain, meat, vegetables, and herbs, and store them within the yakhchal. In winter, fresh supplies of ice were gathered to provide refreshment in the following year’s hot season, launched with the springtime festivities of Nowruz.

The students explored this history, then took their experience a step further. Using the engineering design process under Hengameh’s guidance, the students planned and built a scaled replica of a yakhchal in their classroom, and presented it to their entire school, along with what they’d learned.

Hengameh speaks with enthusiasm about her students and their curiosity. Once the students begin, “the teacher is nothing but the facilitator,” she says. Her students learn to collaborate, share, work in teams— and compromise. They even spend extra time on their projects, choosing work over recess! “It amazes me—they are so mature.”

According to Hengameh, the lessons contain more than world history. The children begin to see the beauty in diversity, and recognize that their own society is not the only one out there—and that “we can all get along.” Hengameh opens the door to the idea that more connects us than divides us—across seasons, space, and time.

Today, the day of Mehregan, Hengameh will teach a new batch of students about its traditions. They will hear an ancient story of the triumph of light over darkness. They will learn the namesake attributes of mehr: kindness, friendship, love, and knowledge—qualities that sustain and nourish all of us, even in the face of the colder seasons.

The NooshTube team would like to thank Hengameh Taraz and her students for sharing this story with our NooshTubers.

To learn more about Hengameh and her art, visit her website: www.openeyesopenmind.com

Emily Grumbling is a scientist, writer, and food enthusiast living and working in Washington, DC. With a PhD in chemistry and a liberal arts background, she enjoys thinking about the science of cooking and learning the stories behind culinary traditions. 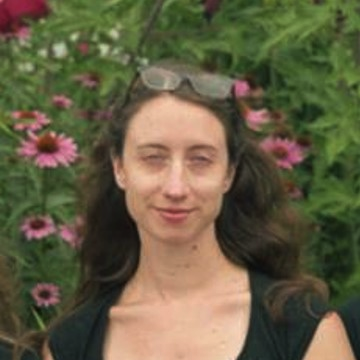