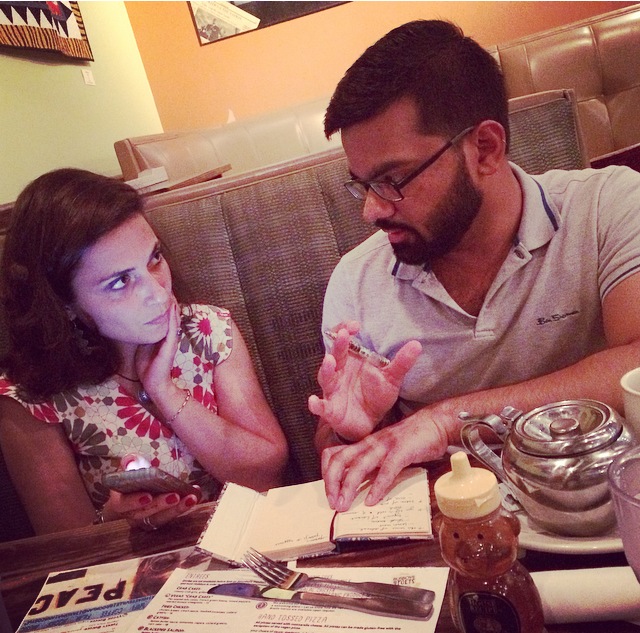 Returning Home to the Crossroads of History

Not many regions of the world can truly claim the title of “crossroads of history” as soundly as Syria. Along its river valleys and fertile plains, the very origins of human civilization first took root. Ever since, almost every sector of humankind – civilized or otherwise – tried to lay claim to Syria as its own. So much has passed through its many towns and villages – caravans, mystics, whole armies and tribes – that Syria is still to this day grappling to write its history.

But for many people, Syria’s crossroads are not just a chapter in textbooks – they just happen to be home. Benan Grams, a graduate student at Georgetown University in Washington, DC, knows the importance of her homeland not just in terms Syria’s antiquity, but also its current sociopolitical events.

I sat with Benan before her trip back to her hometown of Damascus this summer. We were at a dinner with couple of other friends. Our conversations covered a whole gamut of sociocultural topics. Passionate discourse about the Levantine version of Mulukhiyah mixed in with deciphering the origins of the various regional inhabitants, and the kabobs we were eating.

Benan’s story is a Washingtonian story. She was born and raised in Syria, studied in Germany, and after a couple of periods in different cities around the world, she has settled in the nation’s capital. During the dinner, I asked where home was for her, and she was quick to respond that it is and will always be Syria. In a few weeks, she will be having dinner with her family back in Damascus.

“Going home” entails many things for those close with their families and for those who not only had to leave their loved ones but their cities, small-towns, and villages of origin. It means hugging and kissing cherished loved ones – parents, cousins, neighbors, etc. – while bearing the long absence of their warm embrace and shared family meals. It means readjusting to changing cityscapes and social trends, and yet being struck by pangs of nostalgia of a favorite childhood dish made by a loved one back home. But for the likes of Benan, it means once again tasting and smelling the delicious food cooked by an ever-eager family counting down the days to her return.

Benan started off by sharing family pictures and videos taken during her last trip to her hometown of Damascus.

The first one was a video of her mom making kibbeh from scratch. Kibbeh is a Syrian (and pan-Levantine) favorite, a croquette of sorts made with bulgur, ground meat, pine nuts, and other fillings. Benan’s lecturer mode switched on, and she excitedly described the process of making the Kibbeh’s along with the various ways of preparing it: Deep fried or yoghurt covered, both of which sounded delicious.

She went on to explain that once back home, the first of several family meals are not just one-dish affairs. She demonstrated the prepared feast made in her honor via more photos where it was evident that her mom and the other ladies of the family came together and worked on preparing an array of various dishes in celebration of her arrival. She began highlighting dish after dish in true scholarly fashion that included a hybrid between its name, its origin, and its particular regional culinary history.

Reflecting on its geography and history, Syria seems to be a medley of culinary traditions: desolate deserts, high mountains, Mediterranean coastline – all within one nation and with different ingredients and cooking techniques. Syria’s ethnic and religious diversity ensured another layer of culinary intrigue.

Still, Damascus remains unique. As Syria’s capital city, migrants from different parts of the country and neighboring countries have inter-mixed their identity and their culinary traditions. For example, Christian dishes, heavily influenced by the faith’s many vegetarian holidays, are now comfortably served in Muslim households, whose month of Ramadan favorites are enjoyed by people of all faiths during the lively Iftar (post daily fast dinner) on the streets of the city. As a result of centuries of trade along the Silk Road, various spices and other delectable goods can be found within Damascus’s souk’s (street-markets) .

Benan is quick to point out a single bite of her family’s stuffed grape leaves can take her back through decades of family history and perhaps carry forward the region’s centuries old culinary traditions.

With pride comes a bit of resistance, even in the hallowed hearths of the family kitchen. 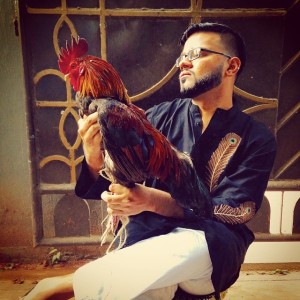