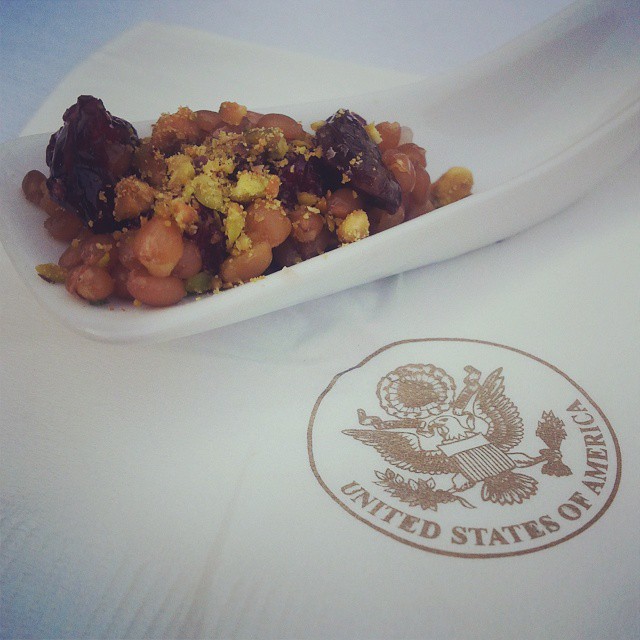 Often times, it’s people that bring food to different places. But once in a while, food can take a person around the whole world.

JJ Harder’s journey to becoming a gourmand, as well as a diplomat, was not always clear-cut. He recalls growing up eating frozen foods in Omaha, Nebraska. College taught him how to cook, since living with a bunch of guys entailed a not-so healthy diet. After returning from the Peace Corps in Bolivia, and being introduced new foods while there, he was craving something more. He took it upon himself to visit every single restaurant in Lincoln, Nebraska, which ultimately led him to become a food critic for the local newspaper.

His journey didn’t end there. In 2007, JJ joined the American Foreign Service as a U.S. Diplomat and served in far away countries such as Peru and Syria. For the past three years, JJ has been posted as the Deputy Cultural Attaché in Morocco. Cultural Attachés share American values, institutions, ideas, personnel – and sometimes, funding – with the people of the host country. His first year at the post saw Moroccans, both men and hijab-clad women, playing the underrated yet mighty sport of Ultimate Frisbee. It was fun; it was cool; and it was very, very American.

As he grew in his role and built relationships, JJ wanted to invite Moroccans to the American dinner table. He helped design American Food Weeks in Morocco, each year showcasing America’s food traditions set to a different social theme. In 2015, the theme was entrepreneurship. Who better to showcase that spirit than a fellow Nebraskan, who had the bold idea of starting a food truck business in late-winter? But he ultimately braved those notorious Midwestern winters to open a gourmet burger joint, winning several accolades along the way. Now with a Spanish tapas restaurant, bakery, and a taco place under his belt, Chef Erik Husted displayed American pioneer perseverance through and through. Everywhere he went in Morocco, Chef Erik showcased American classics like the Reuben sandwich, chicken and dumplings, biscuits and gravy. 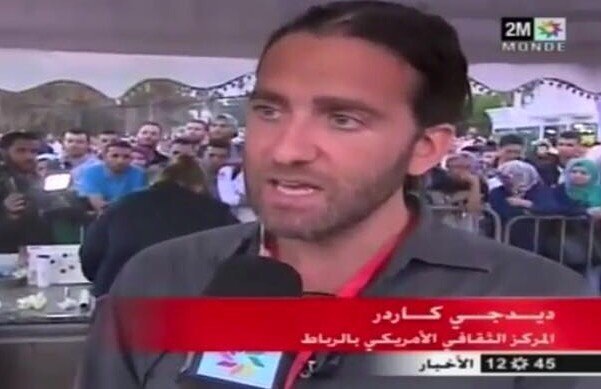 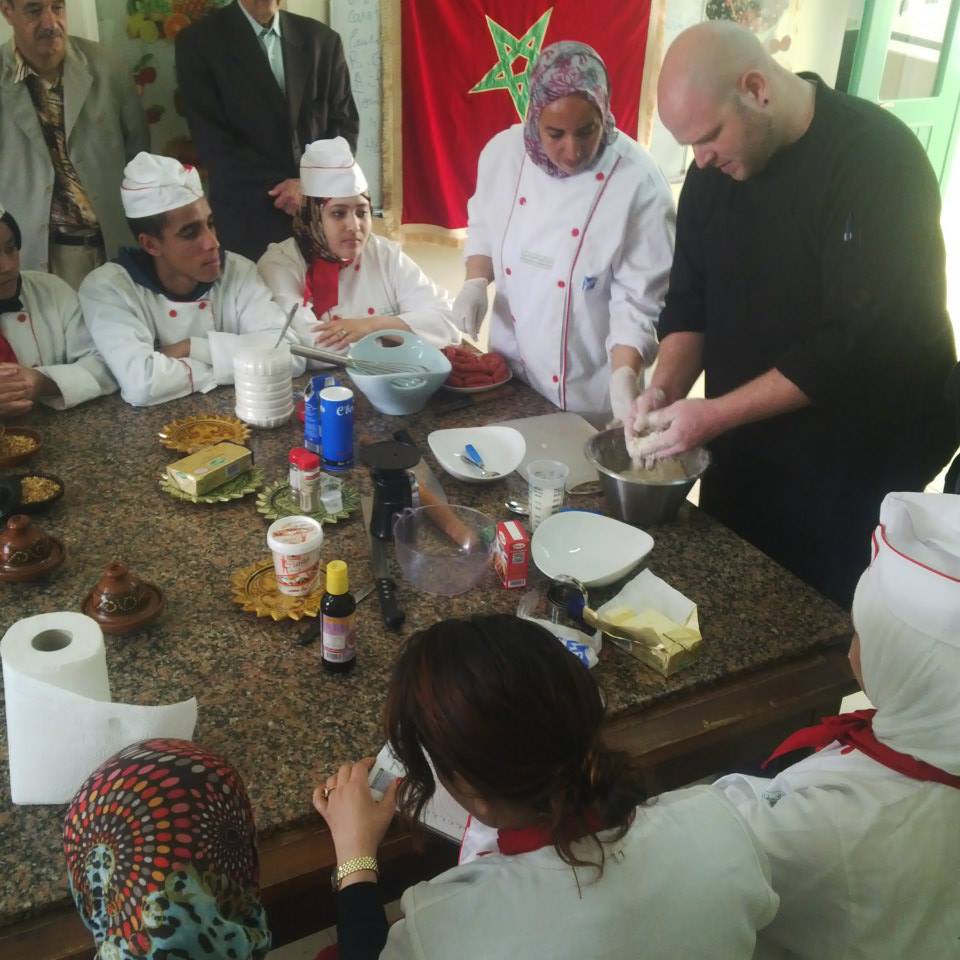 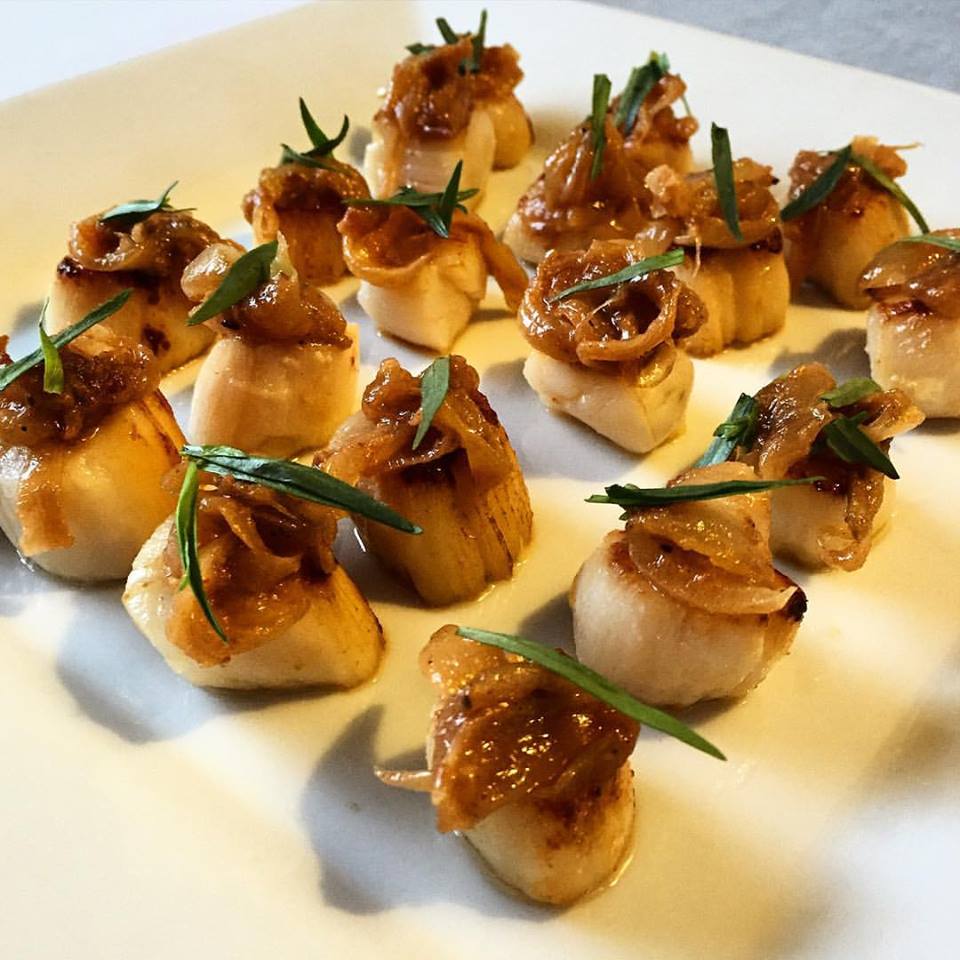 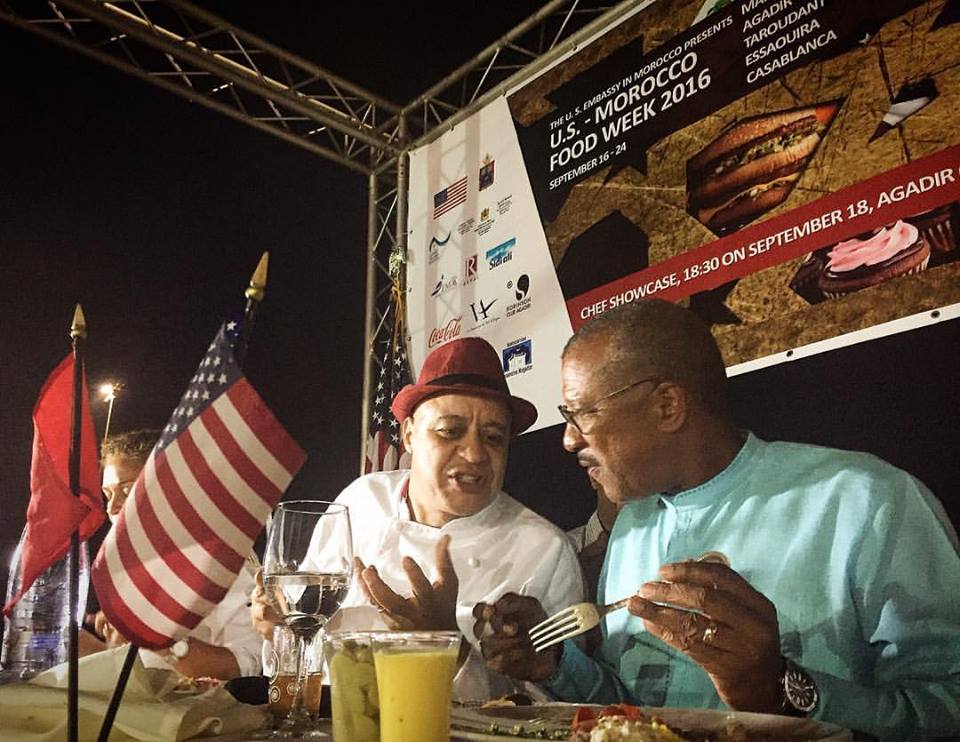 The initiative introduced Moroccans to the various facets of the American food industry and culinary heritage through Food Weeks and their annual themes as the changing annual themes. With a focus on environment and sustainability in 2016, JJ and his team invited Kirsten and Mandy Dixon, an Alaskan mother-daughter duo of the upscale Within The Wild lodges. They shared concepts of organic foods, pesticides, and environmental repercussions to a largely unaware population.

Recent culinary diplomacy endeavors of the U.S. Government aren’t new. Since time immemorial, emissaries brought messages and good tidings with carts full of foodstuffs on the side. In the Mughal court of medieval India, emperors had chefs from each of the subcontinent’s diverse regions, marrying indigenous ingredients with the Central Asian palate. The Europeans were eager to curry favor with such kingdoms throughout the Middle East and Asia, where they knew a trove of ingredients awaited them. When the Spaniards first attended Meso-American courts, they were given a bitter spicy drink that they would ultimately take back to Europe to create some of the best chocolate desserts that Montezuma himself might have craved.

Individual emissaries are now superseded by American businesses in introducing – or rather, reintroducing – new foods to the world. Though many will snicker at the thought of fast food, the truth is that it’s been a vehicle of food transmission worldwide. Pizza would’ve remained a humble flat bread with a slathering of a tomato-based sauce and a few pieces of cheese on those Mediterranean shores instead of traversing the world if an enterprising nonna hadn’t come to New York. How else would Singapore and Malaysia have their famous rocket and rendang burgers if it weren’t for those Golden Arches? And let’s not forget Japan’s hallowed tradition of eating Kentucky Fried Chicken on Christmas.

Though JJ has brought American foods to other parts of the world, he would also like to share his various international culinary connections with his fellow Americans at home who are often focused on mastering their own unique family-cuisines. At times, the global prevalence of American fast-food establishments give off the perception that Americans only eat hamburgers and a mishmash of dishes brought forth by waves of immigrants, like pizza and General Tsao’s chicken. 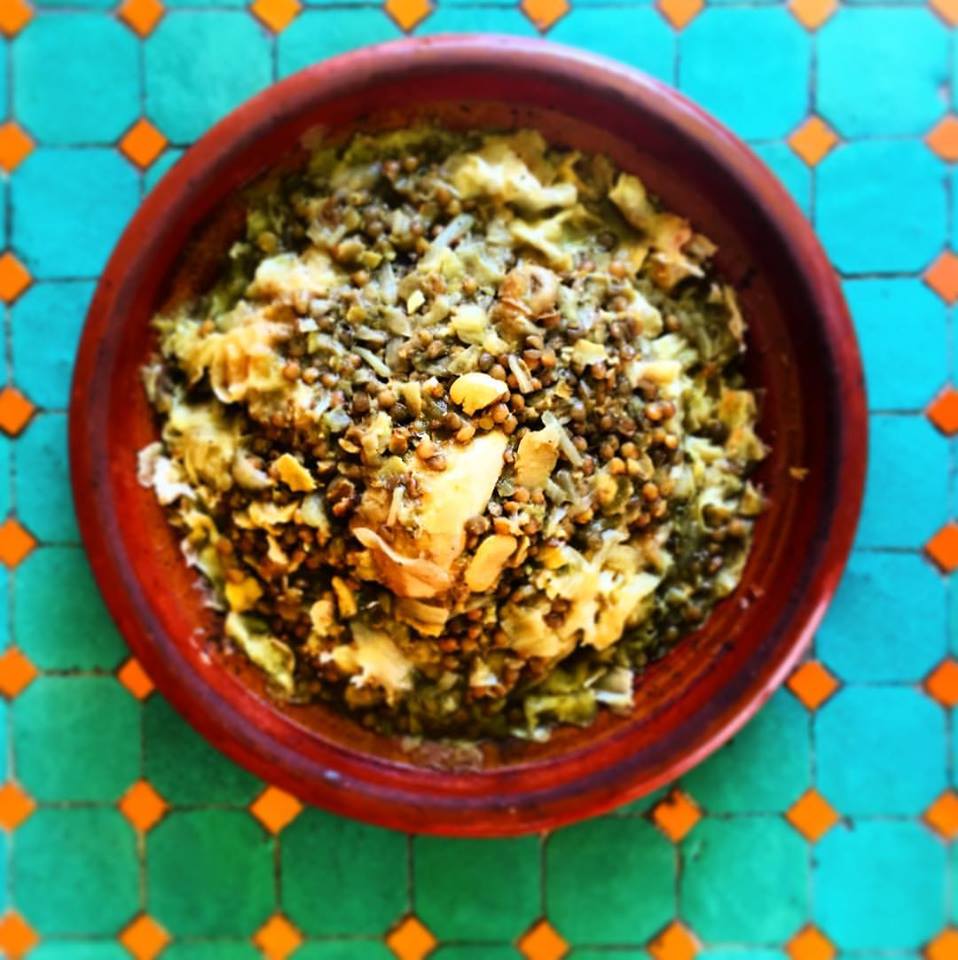 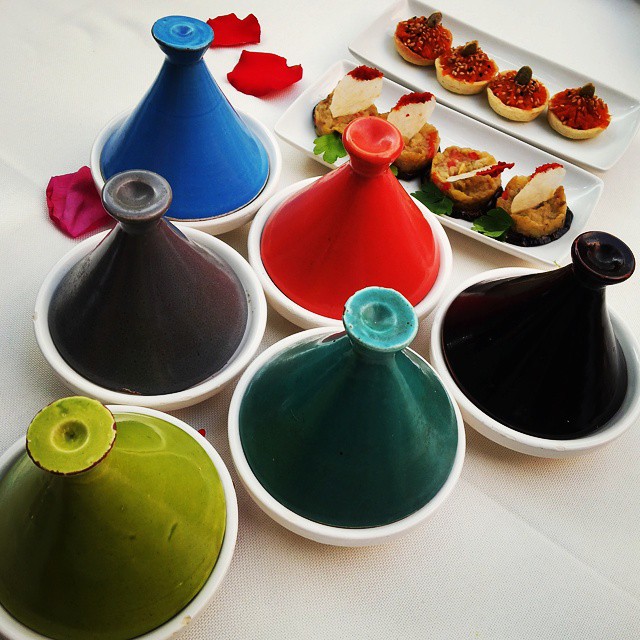 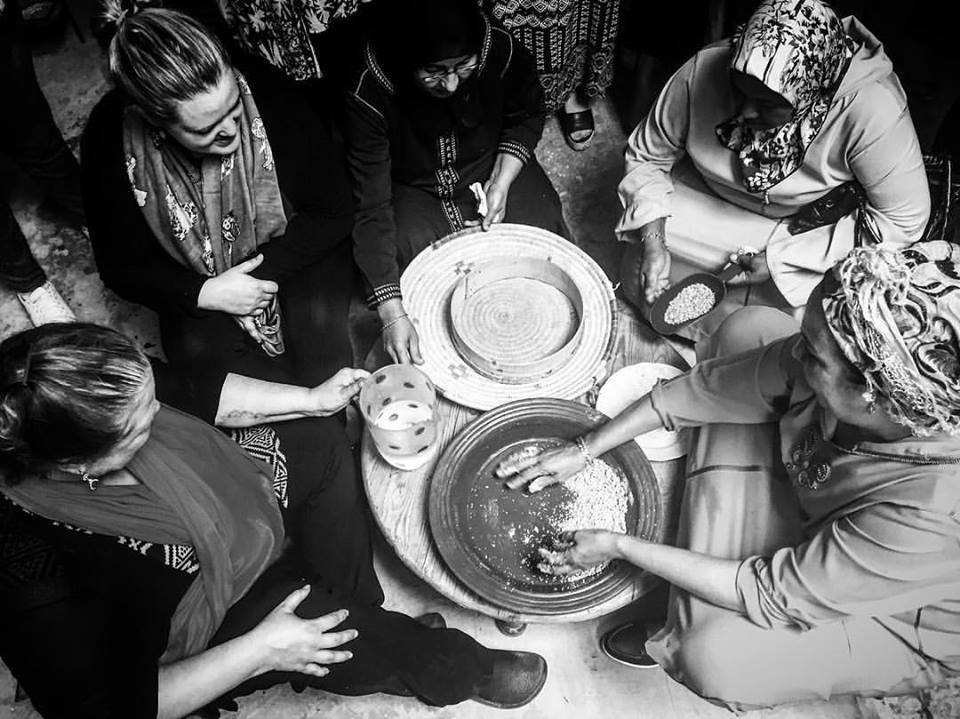 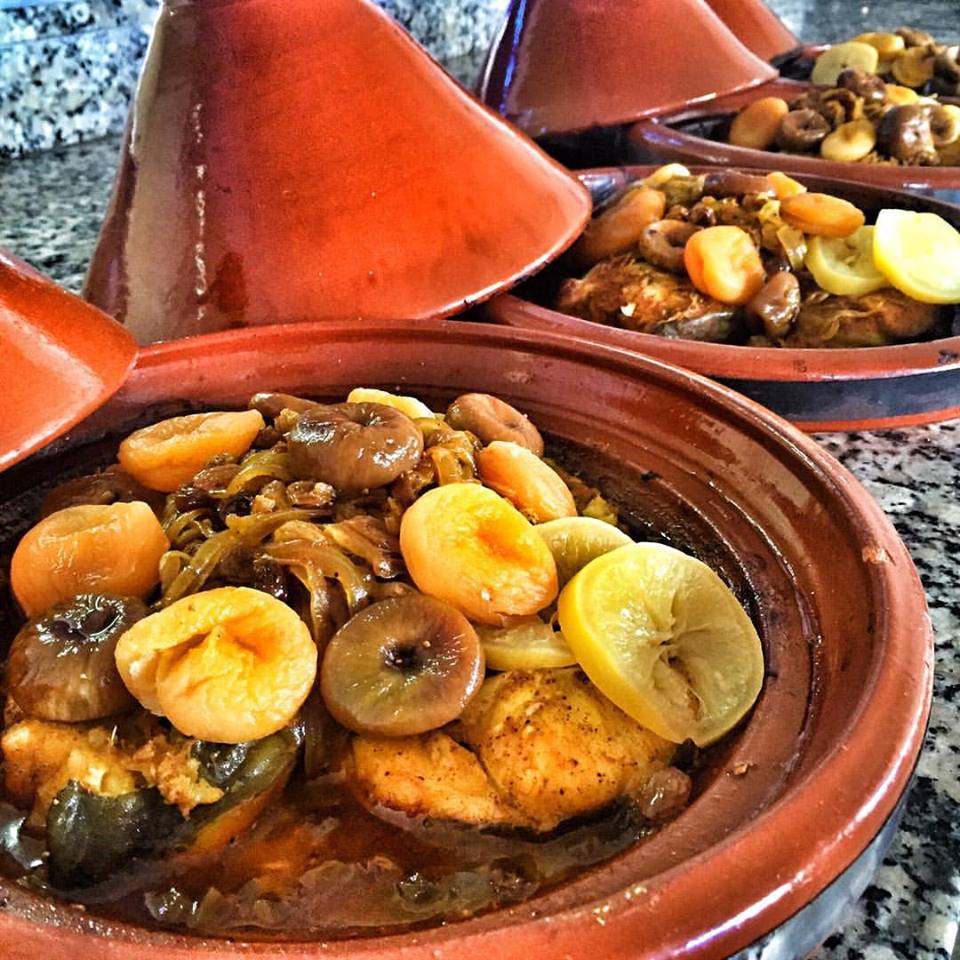 But at the end of the day, isn’t that what cuisines are – an interplay of ingredients, people, and time? The Soul Food tradition of the American South brought together ingredients and techniques of West African origin, and Native American and European traditions to create such American favorites as macaroni and cheese, jambalaya, and gumbo. From the clam chowders of the North East to the Tex-Mex chili’s, Americans can and ought be proud of the delicious syncretic foods that are uniquely theirs.

So this Thanksgiving, we at NooshTube encourage our dear readers to have a bout of existential crisis over the menu. Should you cherish grandma’s traditional recipe or rub that turkey with a mixture of saffron and cumin? How about a side of sweet potato fufu with a dollop of gravy? Can’t decide? Have them all on the table. That’s what America and Thanksgiving are all about.